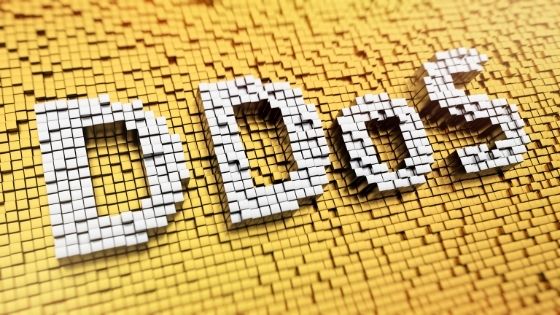 What is a DDoS Attack?

A DDoS attack, short for Distributed Denial of Service, is a type of attack that tries to stop your website or web service from answering your commands or your clients’ requests. They do that by engaging and occupying one of your hosting machine’s resources to the fullest. The targeted resource is often your machine’s internet bandwidth, memory, or CPU. How the attackers do that is by sending a very large number of requests to your VPS or dedicated hosting at the same time.

The definition above actually describes DoS attacks, but DoS attacks are more or less history now, since most Standard Firewalls and WAF systems (Web Application Firewalls) can easily distinguish such attacks from normal traffic, identify the source of incoming malicious requests, and block the source altogether.

For that reason, DDoS attacks have now replaced old DoS attacks. A DDoS attack is by definition distributed, meaning there’s not a single or just a few machines sending you false requests, but rather a large number of infected machines from many different locations. These requests are so distributed that no firewall or WAF system can discern them from normal traffic or stop them.

That’s why with the increasing number of low-security IoT and connected devices in the world, DDoSattacks have become more and more prevalent and powerful. Hackers now have a large army of infected devices all around the world at their disposal.

How Bad Is a DDoS Attack on a VPS?

A VPS or Virtual Private Server, is a type of hosting where a physical dedicated server is divided into several Virtual Machines or VMs each with a dedicated portion of the server resources and bandwidth. It is much lighter and therefore much cheaper than a dedicated server, but generally works the same way.

Since a VPS holds smaller amounts of resources, a DDoS attack can much more easily take it down. In that light, Having DDoS Protection enabled for your VPS is doubly critical.

How DDoS Attacks are Prevented?

As I said before, standard firewalls and WAF systems cannot identify or stop a DDoS attack. For preventing DDoS attacks, new cloud security services have emerged that are smarter in their identifying algorithms and at the same time, because they are distributed systems too, can stop a DDoS attack.

The most common method for disabling a DDoS attack is by distributing the incoming traffic on a website or web service among several different locations and proxy machines. The power needed to overwhelm such a distributed network of powerful proxy machines is beyond what any normal DDoS attack can deliver.

Hosting Companies and VPS providers can also mitigate DDoS attacks on their own, using their own network of servers and nodes to create a similar distributed system.

There are many types of use-cases where a website or web service may be targeted by DDoS attacks. Unfortunately, it is very common (and very easy) for business rivals to put DDoS attacks on each other’s websites and servers. It is even common for personal grudge, since DDoS attacks are very easy and cheap to order.

A WordPress website is easy target for all kinds of attacks. It is the most popular Content Management System on the internet, so hackers always watch closely for new and undiscovered holes in the system to penetrate a lot of website and infect thousands of servers in one go.

Besides penetration and injection attacks (which cloud security systems usually cover, by the way) DDoS attacks are often used to take down a website. Since WordPress websites are not that complex, it is very easy to identify the hosting server or VPS to put a direct attack upon it. Moreover, WordPress is not the most agile and efficient CMS out there, so engaging its resources is doable even with a lightweight attack.

Cloudflare, one of the world’s leading Content Delivery Networks (CDN) and a great cloud security company, offers free DDoS protection for WordPress websites. However, when you are actually hit by an attack, you may need to upgrade to paid service.

WP Engine is a Managed WordPress Hosting service that offers DDoS protection as an extra on their hosting plans. They also provide a free SSL certificate which is a must for any website.

SiteGround is also a Managed WordPress Hosting service who offer DDoSproctetion on their hosting plans for WordPress websites.

Forex trading is one of the use-cases for a server or VPS hosting that is highly sensitive to machine performance, execution speed, and latency. A forex trader needs to run their commands and trading bots smoothly and reliably at the fastest time possible. That is exactly the reason they migrate their processes to a reliable remote server or forex VPS in a datacenter, rather than their own local PC.

For that reason, a Forex VPS is highly vulnerable to DDoS attacks which exactly target the performance and connection of a machine. Even a small attack that doesn’t actually take the server or VPS out of order, can still hurt its performance greatly and increase latency considerably, which can severely increase the risk in forex trading.

Maybe you haven’t found your specific use-case in the options mentioned above, or are just looking for a general use VPS with DDoS protection. We are not short on those options. Many well-known hosting companies provide DDoS protection on their services.

RouterHosting(https://www.routerhosting.com/) are an experienced provider of all kinds of VPS machines, and their plans are usually among the cheapest in the market. Their starting Linux VPS plan comes at just $4.95/ month and they offer a very cheap Windows VPS with DDoS Protection and free Windows at $7.95/month.

OVH Cloud were mentioned before, but VPS machines are among hosting services they provide. DDoS protection included once again.

A2Hosting are a general hosting company who offer VPS hosting as well, and their VPS plans include DDoS protection too. 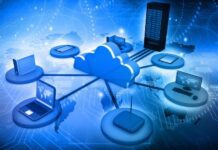 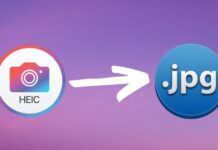 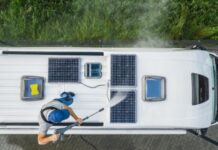 Identifying the Correct Drill Bits for Your Projects 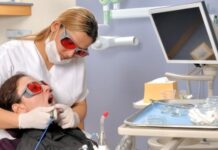 What Do Cosmetic Dentists Do? 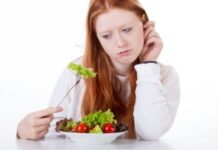 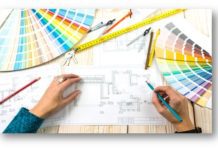 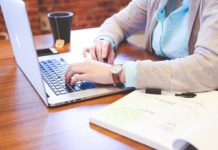 10 Best Apps to Train Your Brain